The Water Resources Agency (WRA) yesterday announced more water restrictions for some areas in Taiwan, with the water supply to Taoyuan and New Taipei City’s Linkou District (林口) to be curbed from tomorrow.

More curbs would begin in Hsinchu County on June 1 unless exceptionally heavy rainfall occurs next week, the agency said.

“Unless we get 100mm of total rainfall in reservoir catchment areas by May 31, Hsinchu is going on red alert,” WRA Deputy Director-General Wang Yi-feng (王藝峰) said. 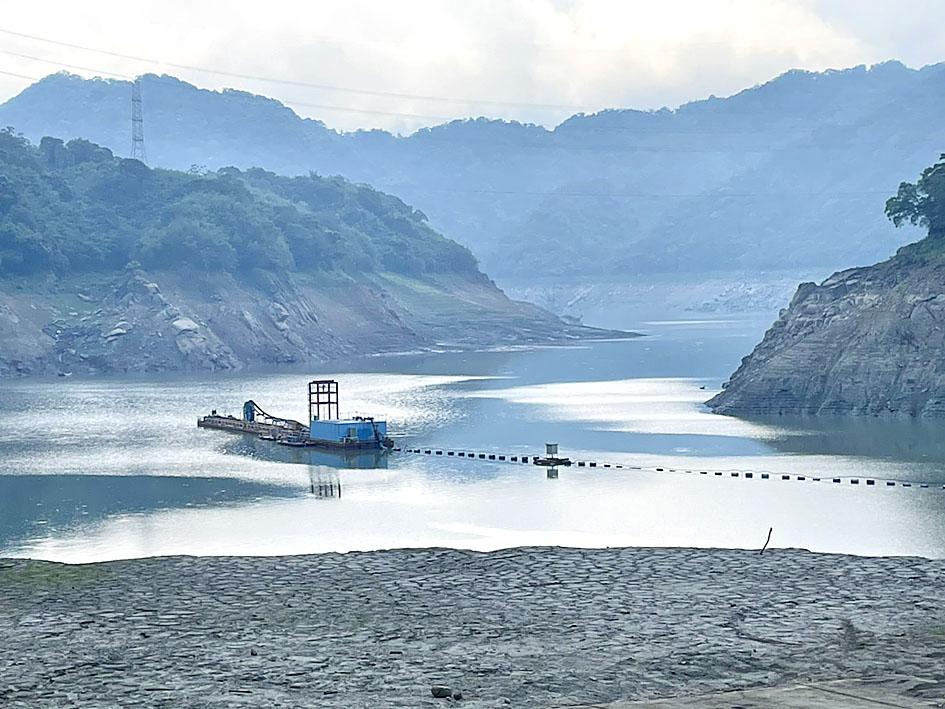 So far this month, Hsinchu city and county received less than 10mm of water, Wang added.

TSMC, on which the world depends for many of the most advanced chips, said in a statement that it would rely more on water trucks and try to save more of the resource, adding that its operations should not be affected.

Science and technology parks that have independent sources of water would not be subject to the supply cuts, the agency said.

Those firms are “self-managing” the shortfall by purchasing water from less-affected areas and local wells that supplied water to the agriculture industry before an irrigation ban was put in place last year, Wang said.

While the companies would not be able to buy any more water from Taoyuan, the Taoyuan-Hsinchu pipeline would continue to flow, transporting up to 225,000 tonnes of water per day, he said.

However, companies at the technology parks in Hsinchu and Taichung would need to raise their water-savings rate to 17 percent from 15 percent currently, should supplies need to be tightened after June 1, the agency said.

Fu Jin-men (傅金門), deputy director of the Hsinchu Science Park Bureau, said that the higher water-savings requirement could mean that more companies would rely on water trucks, but added that overall operations should remain unaffected.

The plum rains forecast for next month expected to be “on the lower side of normal,” Wang said, citing a Central Weather Bureau forecast.

“As for the typhoon season, it is still too early to tell,” he said.

Taiwan is facing its worst water shortage in 56 years after no typhoons hit the nation last year.

Average rainfall in the nation’s reservoir catchment areas since June last year has been 807mm, about one-third of the annual average, the WRA said.

All of the municipalities in western Taiwan are facing…

Our Correspondent Abohar, august 1 Farmers, who had been staging a dharna at the railway overbridge (RoB) on the...

Parts of Canmore and surrounding areas remain under a boil water advisory after high turbidity levels were detected in the...

There is more to learn about the consequences of intensifying wildfires on community watersheds across Canada, but a large,...

Dozens of communities at risk of running out of water

In Fort Bragg on the Mendocino Coast, city leaders are rushing to install an emergency desalination system. In Healdsburg,...