Take a shorter shower! Despite a week of torrential downpours, families are urge…


Britons are being urged to take shorter showers and avoid pre-rinsing before loading the dishwasher after fears water demand could soon outstrip supply.

Despite the country’s reputation for being rainy and wet, a new report backed by the government’s Environment Agency calls for urgent water-saving action.

The UK could face water shortages by the middle of this century due to climate change, which is causing drier summers, and a growing population.

But most Brits think we have enough water to meet our needs and many engage in high wastage behaviours, such as leaving the taps running.

The new report follows one of its driest Mays on record in the UK, although wet spells this month have provided some relief. 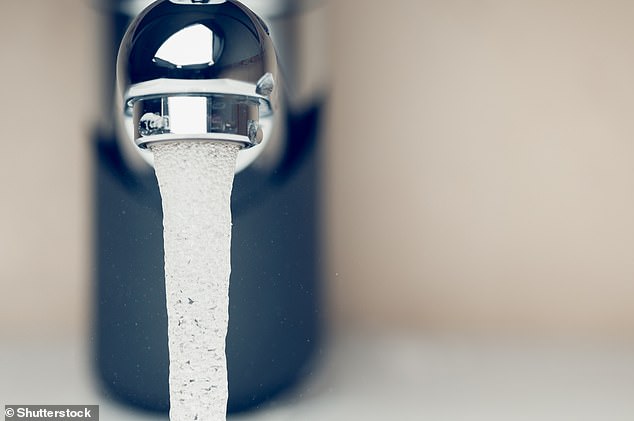 Despite our reputation for being wet and rainy, The Great British Rain Paradox, highlights how climate change and a growing population are putting strain on UK water resources. It also uncovers Brits’ perceptions of water and water use habits. Not leaving the tap running is one obvious way of addressing a possibly severe water shortage this century

Nevertheless, the new report asks people to make small changes to their every-day routines, such as taking shorter showers and fewer baths, not leaving taps running, and avoiding pre-rinsing dishes if they’re going in the dishwasher.

Today, daily household water usage per person is on average 143 litres, or around 250 pints, up from 85 litres per person per day in the 1960s, according to stats from discoverwater.co.uk and Ofwat, the government’s water regulating body.

TIPS ON HOW TO REDUCE WATER CONSUMPTION

– Don’t leave taps running – even for just a short while.

– Take baths less frequently. When you do have a bath, don’t fill the tub right to the top.

– Spend less time in the shower. Keep a small bucket in your shower to collect water, which could be used to water plants.

– Don’t needlessly flush the toilet – it’s the second-largest user of water in the home, after the shower.

– Restrict the use of hoses and sprinklers – they use water equivalent to more than 12 baths an hour.

– Look out for water efficiency when buying your next washing machine.

If no substantial action is taken between 2025 and 2050 to reduce water consumption, around 3,400 million extra litres of water per day will be needed to meet future demand, the report claims.

‘People might wonder how a country with such a reputation for rain like the UK could reach a tipping point where demand for water outstrips supply in just 25 years,’ said Sir James Bevan, chief executive of England’s Environment Agency.

‘But this may become a reality if we don’t take action to save water now.

‘The fact is a convergence of factors underpinned by climate change has led us to this frightening prospect.

Read more:: Take a shorter shower! Despite a week of torrential downpours, families are urge…

A private fire fighting company hired by the owner of a manufacturing plant that exploded near Rockford Monday initially...

Lake Mead water shortage: The shocking numbers behind the crisis

Lake Mead, a Colorado River reservoir just east of Las Vegas on the Nevada-Arizona border, is poised to become...

Submit your letter to the editor via this form. Read more Letters to the Editor. Pipe excess U.S. waterto...

City of Burkburnett Warns of High Nitrate Levels in Water

Lack of water could cut the power this summer

Drought conditions affect 82.9% of the country; northeast is worst affected

Tuberville, Moore and Carl will be sworn in Sunday

Lake Mead water shortage: The shocking numbers behind the crisis